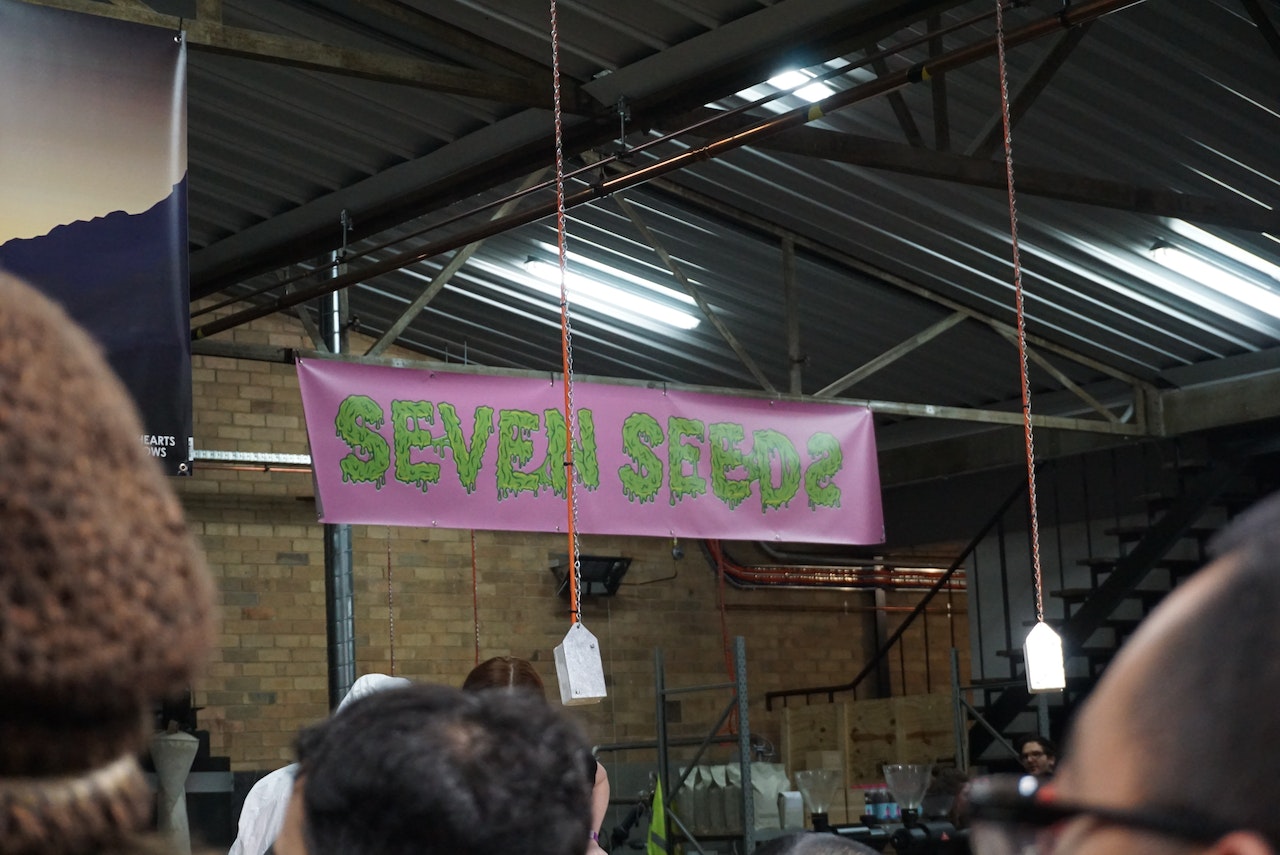 After four weeks of training, I got onto a flight down to Melbourne. I got to the airport and realised I left my jacket behind. We arrived, I went to the carousel, and we found out someone had taken my bag with $1500 worth of coffee equipment inside. After an hour, we got it back. I'm not usually into omens, but this seemed hard to ignore: I was in for an interesting 48 hours.

For those who don't know, the World Aeropress Championship is the funnest coffee competition there is. Hosts of each regional/national/worlds usually have a great alcohol sponsor, a bunch of sweet prizes, plus DJs, food, and charasmatic emcees. Even if you don't know anything about coffee, you're in for a good time. As for participants, it's usually pretty laissez-faire, but I'm certainly not alone in taking the whole thing pretty seriously. The format is: competitors are given a set coffee to work with, have some sort of prep time which will usually involve grinding, rinsing your papers, and boiling your kettles, and then 8 minutes to produce 150g or more of coffee. At the end of those 8 minutes, the coffee is evaluated and three judges decide on one coffee to go through.

Pre Competition Psych-Up!
I found I got a bit nervous before competing in the last competition. So I devised a plan: I was gonna wake up, have some coffee and pastries, get a massage, have a cutthroat shave, spend the afternoon relaxing and mosey on down to the comp. I got everything done, and whilst I was riding on the wave of a string of successes (despite a sub par massage) I was hit with the first loss of the day: a horrible Uber driver. It turned a 20 minute commute from Prahran to Northcote into an hour and 20 mins. I missed the briefing, hurried out of the cab and started setting up. I was in round 5. T minus 45 minutes. Here we go.

Pre Game Plan
I'd written down my plan of attack. First thing's first, sort the coffee. I'm no Q grader or anything, but I know that uniformity is usually pretty key - pick out the deformities and you're in for a slightly better cup already. Next up: locate the grinders and water. These were the two things that I did not make commutable, so I wanted to make sure I was a) using filtered water and b) had a good reference point for the EKs provided. I had a look at the prep space (we had 20 minutes before our rounds to do some practice runs) and mentally mapped it out. When the 20 minutes began, all I had to do was: grind out two samples of coffee at two different settings, pre dose my cold water, rinse my filters, heat my kettle, do a practice run, refrac it, do another practice run, refrac it again and I would hopefully be one more grind away from getting the recipe I wanted.

I was pretty disappointed to see that my first run through ended up way off from where I wanted it to be. I was aiming for a TDS of around 1.5%, and I ended up getting 1.23%. I was even more disappointed to grind even finer and get 1.13% on my second run. With 5 minutes until go time, I knew there was little I could do. My recipe based on Sydney filtered water and the cupping EK at my work wasn't going to cut it. Damn.

A Different Plan
Deciding to enjoy a much needed beer, I found myself in exactly the same situation as the CRS competition. What I didn't think about was how to be more adaptive. I also never tasted my coffee, which is an absolutely crucial mistake. But things didn't have to be this way! I could have, and should have been more adaptive. How could I have learned how to adapt?

For starters, the day before flying down to Melbourne, I did a blind tasting with the approximate grind setting on the shop EK to the EK I'd been training on. There was a similar discrepancy between the shop grinder and the back of house one to what I experienced at the Seven Seeds roastery. The lesson I learned was that by adjusting the grind I should have theoretically been able to make a brew closer to what I did. However, working around this issue would have been a more logical decision: I could have changed my ratio to better simulate the brew I was trying to achieve. I could have had a couple of similar recipes at different ratios, so I could work around a certain grind setting rather than changing it and hoping for the best. The other thing was the water: maybe the softer filtered Melbourne water didn't have the same punch and minerality I was getting in my brews in St Peters. My plan originally revolved around using Third Wave Water crystals, but I found the brews tasted too salty. I didn't think about using pureau or another bottled water at all.

The End Result
I got knocked out in the first round, which I was already expecting. If I had gotten through, I would have been happy to have an extra 20 minutes to try a bigger ratio - updosing or cutting water down. But at the end of the day, I packed my things up, did everything according to plan, and was stocked to see Jin from my mates Primary Coffee bring the bronze back to Sydney. Good stuff Jin!!

I'm looking forward to doing Aeropress again next year. I feel like I've learned a huge amount while training for it, especially in conjunction with Brewers Cup. Plus it's always a good excuse to have some tasty alcohol and hang out with some legends in the industry.

How do you like brewing Aeropress? Do you have any secrets you wanna share? Hit me up on @jamesperrycoffee on Instagram if you wanna have a chat!

*If you aren't familiar with TDS don't worry! It's total dissolved solids, and we use a tool called a refractometer to measure this. The higher the number is, the stronger the coffee will taste. When we talk about dissolving more coffee in a brew, it is usually checked against this metric.