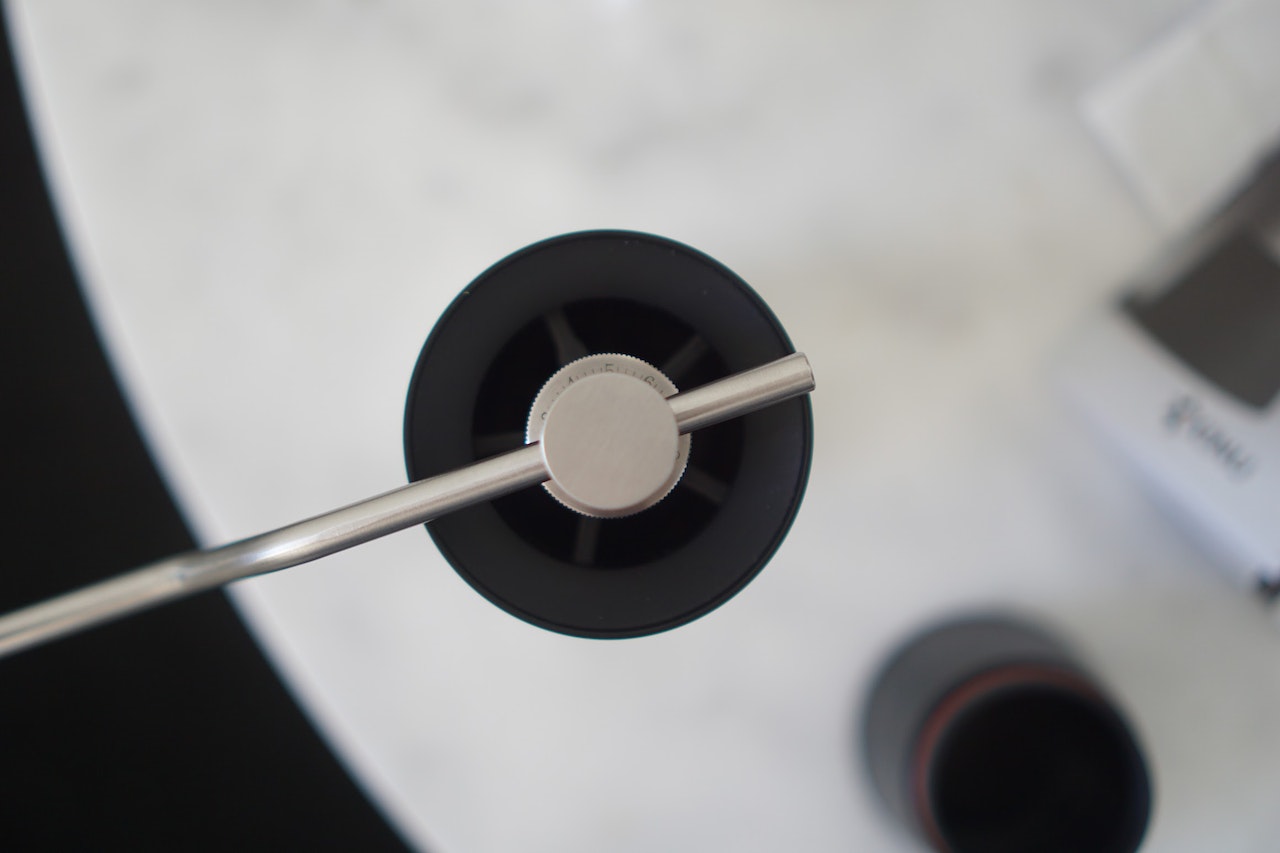 I made my first entry into the high end coffee grinder market a couple of weeks ago with the Kinu m47 Phoenix. It took a lot of reading forums and trawling Reddit, but for several reasons I took the plunge on a Kinu. Maybe you’ve tossed up a lot between the options too, maybe you believe there’s probably not enough difference in quality between the grinders to really matter. Maybe you’re asking yourself “Which high end hand grinder should I buy?” after watching videos upon videos and hearing lots of different information. “Should I get the Kinu m47 Phoenix or another high end hand grinder?”. If you have any of these questions, this is for you, my first impressions, thoughts, what I like and what I don’t about my new Kinu m47 Phoenix. TL;DR is at the bottom in bullet points.

I was so anti high end hand grinders for so long. Particularly as a career barista, I found it hard to justify spending a lot of money when you could a) have a machine do pretty much just as good a job, so why not spend money on something that can grind quick and easy and b) why would I want to spend upwards of $300 for something I would need to crank myself? I had a porlex for a little while when brewing coffee at home and it could take like, 3 minutes to get through one dose, especially if I was making a French Press, so a hand grinder seemed to be a step backwards.

I had noticed a good chunk of people on Instagram using Kinu grinders and I really liked the look of them. When I find something I like the look of, I kinda get a bit obsessed. I started researching, messaging people (thanks to everyone who got back to me!) and asking questions on forums and Reddit. My main questions were as follows:

As I said, I really enjoyed the appearance and my decision came down to this: I like the look of the ergonomics and how solid people say it is, I like trying new things against the status quo in coffee world, and I was just so eager to have my questions answered I would have regretted choosing anything else. My backup plan was to sell it if I didn’t like it, and since there are plenty of Comandantes in Australia I would have not only a good backup plan if I liked hand grinders, but I would also have a lot to compare the Kinu to.

What I love about the Kinu m47 Phoenix is how fast it can grind. I cannot stress that enough. Before I get into storytelling mode, this is the thing that sold me from the start. You can grind 15g coffee in 20s. It’s barely 10s slower than my Breville. It grinds so quick I don’t mind using it instead of my automatic grinder. As someone who is pro machine in the coffee world, this blew me away and stays my highest selling point.

Shipping from Germany was super quick, I ordered it in a delirium at 1am on a Thursday morning and it arrived on Tuesday the next week. The box was simply marked “PHOENIX”.

The grinder came mostly assembled, but I had a play around and took it all apart to see how things could go back together. The adjustment screw is very easy to use, although the first few times I used it I forgot to screw it back on, causing the grind size to change. The burrs feel very solid and the shaft is very well engineered - I don’t feel like it would be possible to put it back together and not have it well enough aligned. The plastic catch cup felt a little cheap, I’m not going to lie - but the resulting reduced price was too good to really list that as a complaint. I was eager to brew a coffee, so I aligned the burrs and chose 3.5.0* as my starting v60 size. I did my standard recipe pouring twice. The coffee dripped at a very consistent rate, it was a little fine but the flavour is what got me.

My brews with the Kinu have been consistently really sweet and juicy. Maybe I’m remembering wrong, but the Kinu tends to give a cleanness I didn’t quite get with the EK when I was training for Brewers Cup last year.  I know that’s saying a lot, and I don’t predominantly make v60s with an EK these days, but I am very into the flavour profile it offers. I like to think of it as the “Kinu flavour”. The brews are very bright in colour and very clear. They have a lighter body than I remember with an EK but have a lot of sweetness and brightness. I will do a proper comparison some day, but for now I’m simply working on first impressions and ergonomics.

Since it’s still early days I do find my grind needs to jump around a bit. I also use a very regular rotation of different coffees, and brew methods so there’s that. I find I don’t get a lot of astringency in the cup, even when brew times run a little long. Coffees tend to be very bright, body is quite light which is one thing, neither good nor bad, that I think is part of the Kinu flavour. Filters are very juicy too, so much more so than my Breville.

Most of all, I just really love using it. I love loading it - it’s easy! Grinding is so fast and smooth. The grinds do popcorn a little bit, but it’s not a big deal. Plus, @brokengooseneck have 3D printed a solution that I will be acquiring very soon which is great. I love how it can pack into a bag, I love how it looks in photos, and cleaning it is a breeze. One thing I really can’t fault is the speed and ergonomics. Having only used a Timemore as another grinder in a similar ball park, this thing feels and works so much better, smoother and faster. It feels like you really pay for what you get.

I’ve found very consistently theres been chaff stuck to the burr which at first annoyed me, but these days I don’t mind so much. I use it as an opportunity to clear out as much chaff as I can from my grinds, since it would be so easy to do with the Breville grinder. What does annoy me about that is I usually place the grinder over the sink to reduce mess and my benchtop has scratched the outside very slightly in a few places.I have tried the droplet technique to reduce static and it’s been working better as the burrs have more coffee going through them.

Other than chaff, the retention is very very low. I hadn’t really realised that until now honestly. But chaff and some fines and boulders tend to stick in places where it’s very easy to clean, which helps narrow the particle size a little bit. I clean the burrs once a week and find there is minimal grounds left on them, and only little bits stuck in awkward spaces. If you clean your grinders regularly (which you should), this won’t be a problem.

On particle size… I’m not convinced the burrs give the smallest possible range, which isn't to say it delivers a bad particle size range. This strikes me as the burrs being a little more suited for espresso, which is the consensus online. That being said, it doesn’t bother me if the grind size is a little uneven. The particle range still strikes me as good and as a big step up from my Breville Smart Grinder, which was what I wanted. Plus, the brews taste very good and very clean, which to me is good enough.

What matters most to me about particle size is there’s a definite change in mean (visually) for particle size when you go finer or coarser. I know this may not sound like much, but compared to the Breville Smart Grinder… there’s really no contest. The average particle size stands out enough. I do notice some big boulders that tend to cling to the top of my brews, and there is usually a layer of fines on the paper but there is no true unimodal grinding solution and honestly, the perks of ergonomics and such really make this a true star.

Yes, I would love to compare it to other grinders and will do in the future, but for now my preliminary impressions are very positive for what this grinder can achieve alone. It’s been useful for travel, fast at home, and produced sweet coffees with little astringency in a very easy to use body.

What I was hoping for in a hand grinder, expecting grind would never be ‘amazing’, was: compactness, build quality, ergonomics and speed. Kinu is a great option if they are priorities for you. This will produce a high quality filter coffee, and it will do so consisntently and in a pleasing way. Whether or not it is ‘better’ than the Comandante, I have yet to conclude. But I can say it tastes really good, and I really love using it.