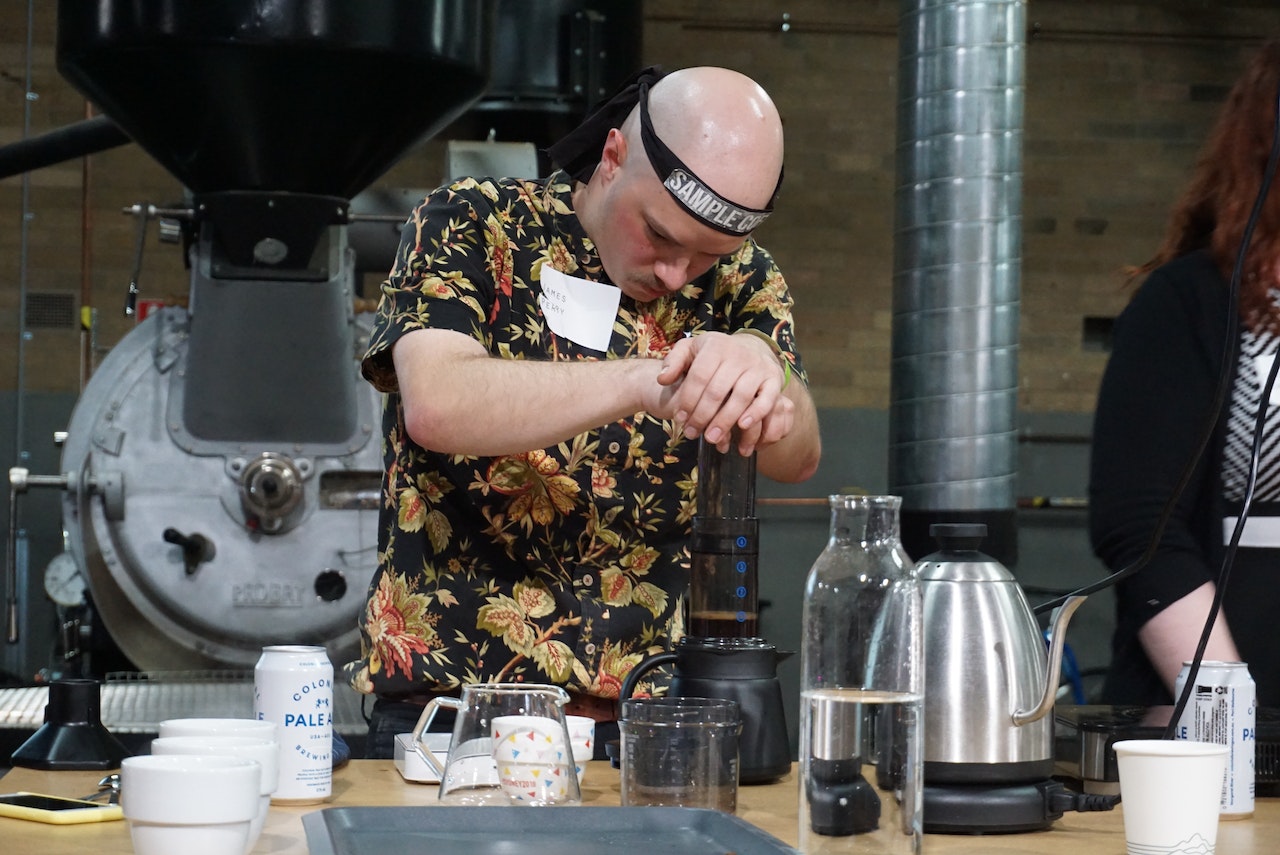 This post today comes from piecing together my crushing defeat at the Aeropress Nationals 2018 at Melbourne's Seven Seeds roastery. I was really looking forward to this one, and I had a great time, despite not coming close to the result I wanted. But there is always something in coming nowhere, especially if you do everything you planned and learned a thing or two along the way.

I missed out on the NSW Aeropress Championships this year and I was pretty gutted. The competition last year is what inspired me to approach brewing a little differently. It's what cemented my love for being on stage, and what inspired me to want to do Brewers Cup this year. But then I got picked out to do nationals and I was over the moon! I booked my flights almost immediately, and started training the next day. After the Timemore competition, I had gone back to the drawing board for v60, and I was doing the best brews so far on my new dripper. I thought I could set it aside for a month, since how often do you get a shot at being national champ??

Training
I figured the best way to train would be to approach practice as if it were an Aeropress style knock out round. I'd brew three coffees, store them so they would reach roughly the same temperature, and blind taste them. The three coffees would typically be: my recipe from last year, my recipe from last year but tweaked, and a completely different recipe. What I've found with knockout rounds is you want to be serving a coffee that stands out first and foremost. The other thing I've found is serving temperature is everything.

Where I feel like I could have improved on my training was by focusing a lot more on serving temperature. I would end up evaluating coffees that had gone pretty cold, as it's easier to point out positives and negatives from the brew. In reality, the coffees are most likely going to be evaluated hot, so this had to be another pretty careful consideration.

Cold Water Start
My recipe last year incorporated a cold water infusion at the start, followed by a 1:15 brew ratio. The main thing I found that would positively affect my flavour was the duration of said bloom. This surprised me a hell of a lot, since 'blooming' in immersion style brewing is pretty frivolous, as it will create a more even brew if you add all the water as quickly as possible. But some of the water would drip out, usually around 20 - 30ml by the time water was added. I started with 40 seconds of 'infusion' time at the start, and ended up trying up to 120 seconds, before deciding 90 seconds was the sweet spot for me. It would typically result in the coffee having less astringency, and more juiciness. I have not managed to replicate this on a v60.

Since time affects the way sugars are dissolved, having a slower drip time can positively affect the way sugars are developed too, resulting in a sweeter brew. I tried a series of 90 degree brews with push times of around 3 minutes. I really like not pushing too hard with Aeropress because it increases the likelihood of the water circumventing the paper and coming out of the cracks on the side of the cap, diluting the brew. These longer and cooler brews usually developed an interesting sweetness and cup, but benefited from shorter ratios, such as 1:14. However I found less clarity, which is something I find to be a positive quality, in these cups.

Some tips and tricks
I've been really into lists with this format of writing. So here's 8 things you can try to make a tastier Aeropress! It's worth mentioning I brew my Aeropress the non-inverted way (google inverted aeropress for a better idea!) so there's two different ways you can try each of these!

I ended up sticking with an infusion time of 90 seconds, before adding boiling water to the rest, stirring, covering, stirring again and slowly pressing down, to guarantee an even extraction.

I'm going to get to how I went in another post, so stay tuned as always!